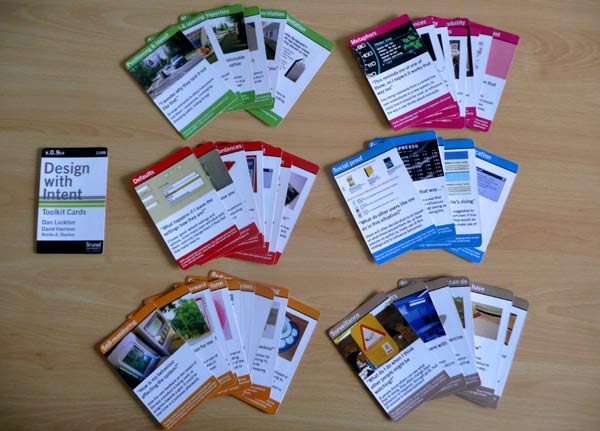 It’s 8 months since the Design with Intent Toolkit v.0.9 went online and I’ve had incredibly useful feedback from a whole range of people who’ve tried it out on different kinds of briefs and problems. As mentioned a couple of months ago, the toolkit poster PDF (which has 12 ‘headline’ design patterns, compared with the 47 in total online) reached a very high number of downloads from Brunel’s research archive website (before the admins removed the statistics package!), which is immensely pleasing and kind of humbling. If you downloaded it and found it useful (or not useful), please do get in touch and tell me why. 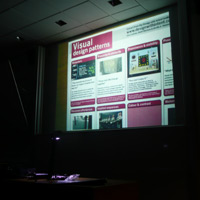 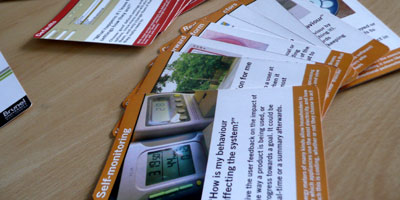 Latterly, a few people have been trying out an IDEO Method Card-style card deck version of the toolkit (as pictured here), including all the patterns, colour-coded by lens, with a simplified bit of text about each one. I haven’t made these available publicly mainly because the quality isn’t great (most of the images are only 72dpi, coming from the website, and poorly cropped for the card format), and I’ve been trying a couple of variations of text, card size, etc. Initially I put these together primarily for quick card-sorting exercises as part of the workshop trials I’ve been running, but they ended up more popular than the poster format. Thanks to brainstorming sessions at IDEO London and the RSA, exercises with Brunel’s MSc Integrated Product Design and BSc / BA Design students (as part of the Sustainable Design and Environmentally Sensitive Design modules), and a trial as part of Design for Conversion kindly organised by Arjan Haring, I now have a better idea of what would make the cards more useful. In parallel, I’ve also been trying to ‘patternize’ some additional design techniques which have been used to influence behaviour, to increase the scope of the toolkit. 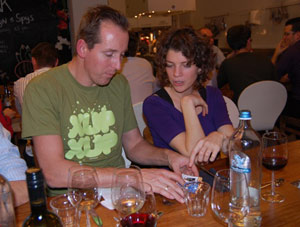 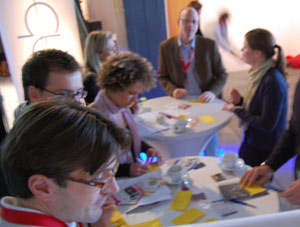 The DwI cards in use at Design for Conversion – photos by haijeson on Flickr (1, 2)
Inspired partly by Crumlish & Malone’s Designing Social Interfaces which is a great book (a neat companion to Jenifer Tidwell’s incredible Designing Interfaces, also from O’Reilly) with a companion wiki, I’ve decided to go down the route of producing v.0.95 of the toolkit as a Creative Commons-licensed set of 100 downloadable cards, with a printed version available to buy, and an accompanying wiki with a page on each pattern, serving as an evolving, referenceable container for new examples, tips on implementation, data on effectiveness, and so on, as they come to light, as well as new patterns, new ways of grouping them and new uses for this kind of approach.
The cards will be relatively simple, with each pattern posed as a question, as used in Nedra Weinreich’s DwI-based worksheet. The intention is that the cards can actively provoke innovative behaviour change design ideas, with a single (hopefully photogenic) example on each, while the wiki can act as a kind of ‘further reading’ resource. A future version (v.1.0?) of the cards will include this extra information on the back of each card (and then binding the cards together would pretty much produce a book), but at this stage – if I’m ever going to get this PhD finished in time – the extra info will be added to the wiki over time rather than being on the v.0.95 cards themselves, to reduce the time pressure on getting it all done.
As v.0.95 more than doubles the number of patterns in v.0.9 – a mixture of splitting up existing patterns into more finely-grained variants, and adding ideas which people have suggested or pointed out since I put v.0.9 together – there are quite a few where I don’t (yet) have a very good example or image. As such, there are opportunities for anyone with good photos or suggestions for examples to have an input and be involved – as the next post will explain in more detail. 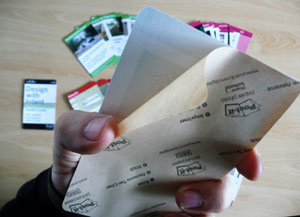 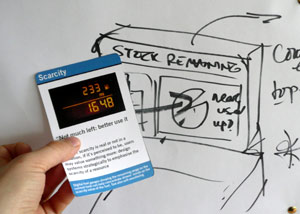 A version of the card deck I (rather laboriously!) spray-mounted onto Post-It backing, so the cards could be used to annotate sketches or ideas recorded during a brainstorming session.