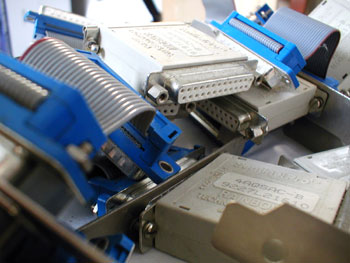 Here are twenty-odd dongles (with parallel cables & backplates) from the mid-90s, which I found in a skip at a university a couple of weeks ago.
When originally supplied with the software* this represented many thousands of pounds’ worth of technology. But of course now, it is entirely worthless. The software (uncracked) was useless – intentionally – without the dongles; without the software, the dongles are useless. There’s something slightly zen about that.
Flickr set (14 photos)
*either Alias Studiotools or a Solaris version of AutoCAD, not sure which. 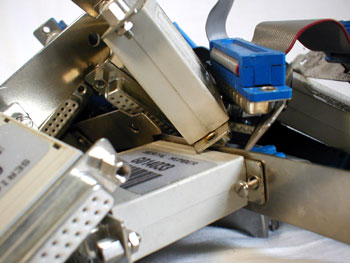