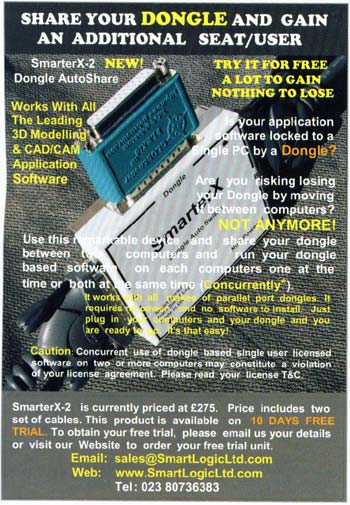 Just flicking through last month’s issue of MCAD magazine, I came across an interesting advert from Smart Logic Ltd for the SmarterX range of ‘dongle sharing’ devices. For those unfamiliar with the term, a ‘dongle’ is a hardware lock (generally plugged into the parallel port) supplied with some higher-end CAD and modelling software to ‘lock’ the use of the software to a particular machine (or a particular number of machines) – you may be able to install the software on multiple computers, but you can only run it on one of them (or one at once, depending on the way the dongle/licence software is configured). It’s a physical ‘technical protection measure’, a classic and well-known architecture of control familiar to engineers and designers who work with CAD software, for the last 20 years or so.
Even if the software licence permits use on more than one machine, this may involve frequently unplugging the dongle from one computer and moving it to another. As Smart Logic puts it:

“While you can install copies of your node-locked (dongle based) application on other machines the dongle however, must be present on each machine to run the application. Users normally share the dongle between their PCs by physically transferring it whenever someone wants to use the application. The process of moving a dongle from one PC to another has a number of disadvantages:
# It is inconvenient.
# it must be tracked down and disconnected from the parallel port.
# Can become lost especially if it is constantly moved.
# Damaged by electrostatic discharge from constant handing
# Can be easily stolen which may not be detected immediately as it is not normally in
view of the users.
SmarterX solves above problems by connecting the dongle automatically to the user within the workgroup who starts the applcation. Since the dongle remains permanently attached to the SmarterX, the risks highlighted in the above are eliminated.”

What’s especially interesting about the SmarterX products, from a ‘fighting back against architectures of control’ point of view, is this:

“As SmarterX is effectively an automatic switch it may allow concurrent* running of dongle based applications software on multiple machines using a single dongle. As this may be a possibility with some applications software we strongly recommend that the user be aware of this and make sure that the device is used within the terms of the license agreement that comes with the application software.
…
* concurrent use of a dongle-based single user licensed software on two or more computers may constitute a violation of the licensing agreement. Please read your software license terms and conditions.”

The SmartLogic products seem to fit along with Static Control Components’ printer cartridge handshake chips as ‘fightback devices’ which permit (legally or otherwise) breaking down a designed-in architecture of control in another product and thus giving the customer better value from the original product.
Can anyone suggest any more examples? 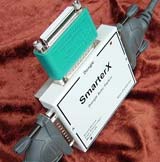 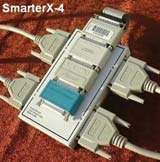