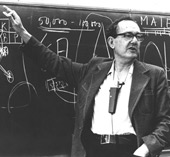 “Engineers are not the only professional designers. Everyone designs who devises courses of action aimed at changing existing situations into preferred ones. The intellectual activity that produces material artefacts is no different fundamentally from the one that prescribes remedies for a sick patient or the one that devises a new sales plan for a company or a social welfare policy for a state.”
Herbert A. Simon, The Sciences of the Artificial, 1969 (p.129 of 1981 MIT press 2nd edition) 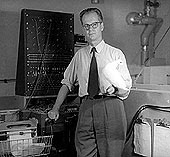 “[W]e need to make vast changes in human behaviour, and we cannot make them with the help of nothing more than physics or biology, no matter how hard we try… What we need is a technology of behaviour.”
B.F. Skinner, Beyond Freedom and Dignity, 1971 (p.10 of 1973 Pelican edition) 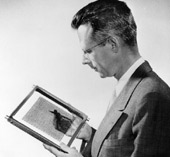 “People may dislike the idea of ‘designing’ social systems. Designing social systems may seem mechanistic or authoritarian. However, all social systems have been designed… People have designed the systems within which they live. The shortcomings of those systems result from defective design, just as the shortcomings of a power plant result from erroneous design.”
Jay W. Forrester, ‘Designing the Future’, talk at University of Seville on December 15th 1998 (p.6 of this PDF)

Emphases in the above are mine. Arguably, in the Forrester quote, we have not consciously/intelligently enough designed the systems in which we live (hence the shortcomings), which I think is partly the point he’s making based on the rest of the talk.
I still think my favourite ‘Design with Intent’-related quote is this one from Buckminster Fuller. It has an attractive blend of humility and confidence, seeing people not as the problem but as part of the solution.
Image sources: Herbert Simon; B.F. Skinner; Jay Forrester.