Games are great at engaging people for long periods of time, getting them involved, and, if we put it bluntly, influencing people’s behaviour through their very design. Something conspicuously missing from Design with Intent v.0.9 is a satisfactory treatment of the kinds of techniques for influencing user behaviour that can be derived from games and other ‘playful’ interactions. I hope to remedy this in DwI 1.0, so here’s a preview of the eleven patterns I’ve included in the new Ludic Lens on behaviour change: patterns drawn from games or modelled on more playful forms of influencing behaviour.
These aren’t original, by any means. People such as Amy Jo Kim (see her great presentation ‘Putting the fun in functional’), Sebastian Deterding, Francisco Inchauste, Jeremy Keith, Geke Ludden, and of course Ian Bogost have done work which explores this area from lots of different angles, and it also draws on decades of research in social psychology. Russell Davies’ Playful (which I really should have gone to!) looks like it was very pertinent here too. (Note, this lens doesn’t cover Game Theory-like patterns, some of which are indeed relevant to influencing user behaviour, but which I’ve chosen to group under a new ‘Machiavellian Lens’)
My main interest here is to extract the design techniques as very simple design patterns or ‘gambits’* that can be applied in other design situations outside games themselves, where designers would like to influence user behaviour (along with the other Design with Intent techniques). So these are (at least at present) presented simply as provocations: a “What if…?” question plus an example. The intention is that the card deck version will simply have what you see here, while the online version will have much more detail, references, links and reader/user-contributed examples and comments. 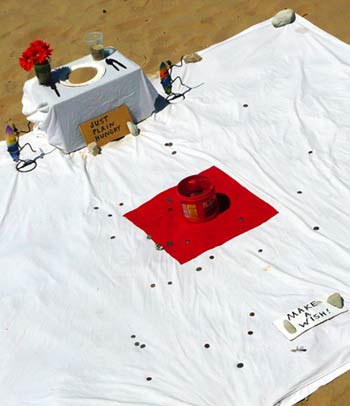 Challenges & targets
What happens if you set people a challenge, or give them a target to reach through what they’re doing?
« Whoever laid out this coffee tub as a target for throwing coins knew a lot about influencing people to donate generously and enjoy it 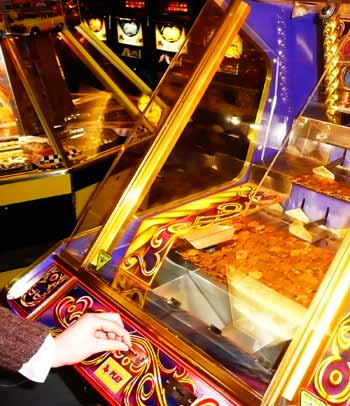 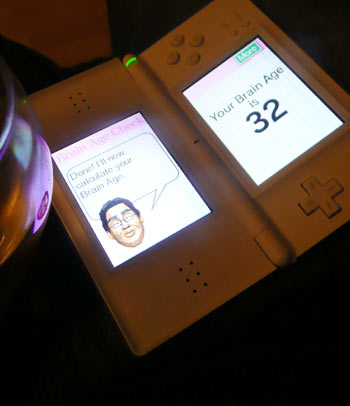 Scores
Can you give users feedback on their actions as a score or rating allowing comparison to a reference point?
« The ‘Brain Age’ score given by Dr Kawashima’s games for Nintendo gives users a clear incentive to keep using the software 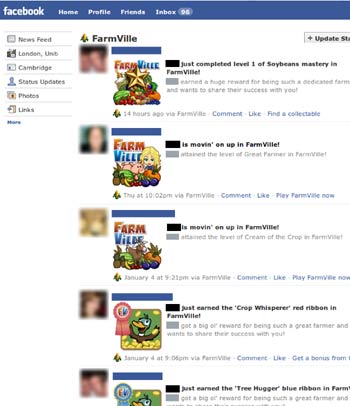 Levels
Can you split your system up into achievable levels which help users feel like they’re making progress?
Easy-to-reach levels lower the barriers to participation and encourage continued engagement for games such as FarmVille » 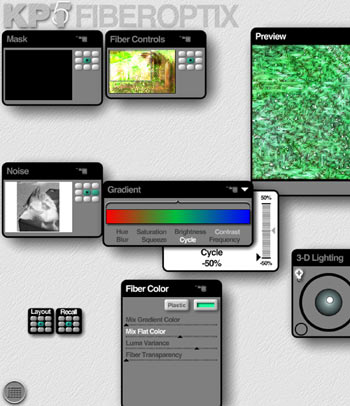 Rewards
Can you encourage users to take up or continue a behaviour by rewarding it, through the design of the system?
« Kai’s Power Tools (pioneering visual effects software) revealed ‘bonus functions’ to reward users who developed their skill level 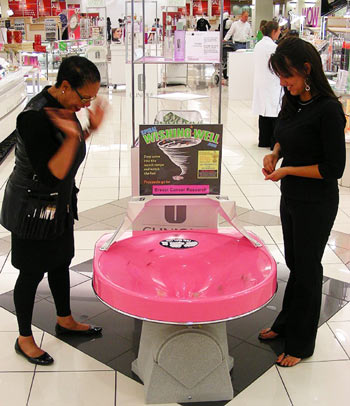 Playfulness
Can you design something which ‘plays’ with its users, provoking curiosity or making interactions into a game?
Spiral wishing wells turn giving money to charity into something actively fun for donors, and provoke curiosity of passers-by » 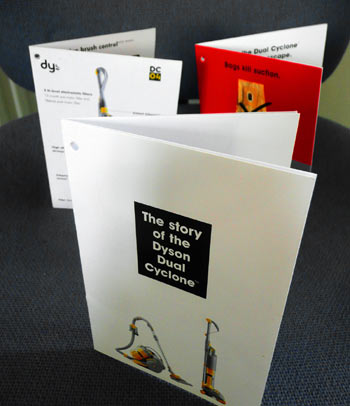 Storytelling
Can you tell a story via your design, which interests users and keeps them engaged?
« Dyson uses narrative booklets drawing customers (and potential customers) into the story behind the company and its technology 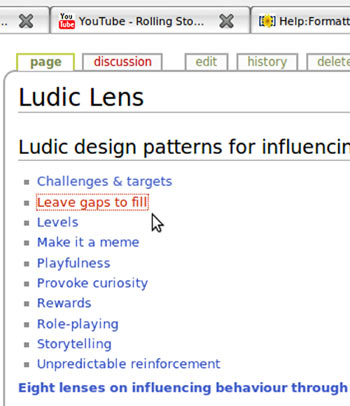 Leave gaps to fill
Can you leave deliberate gaps (in a design, message, etc) which users will want to fill, becoming engaged in the process?
Deliberate use of red links on Wikipedia, signifying articles which should be written, “encourage[s] new contributors in useful directions” » 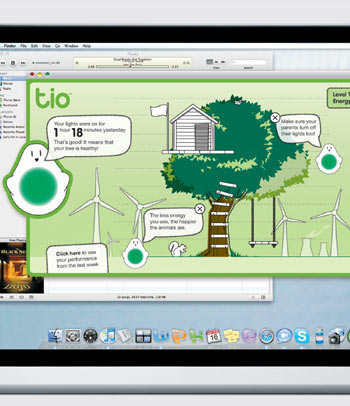 Role-playing
What happens if your system gives users particular roles to play, or makes them feel like they’re playing a role?
« Tim Holley’s Tio encourages children to become ‘energy champions’ for their household, influencing parental behaviour 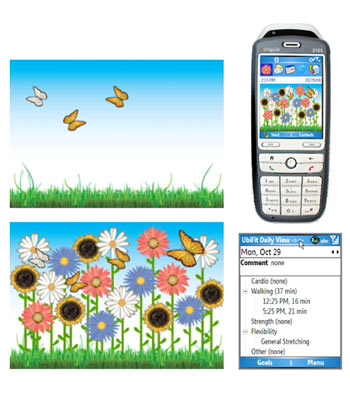 Collections
What happens if you encourage users to collect a set of things (friends, activities, places, objects, etc) through using your system?
UbiFit Garden encourages users to maintain a regular variety of exercise activities, in order to ‘collect’ different types of flower » 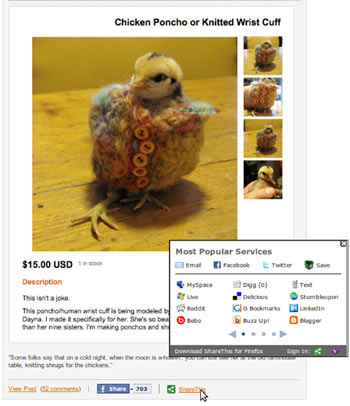 Make it a meme
What happens if you plan your design to be something people want to spread, and make it easy for them to do so?
« ShareThis and similar quick-access social sharing services can mean rapid ‘viral’ or ‘meme’ status for interesting or amusing stories


The text and examples aren’t quite fixed yet, so any comments and feedback on the above are very welcome.
Spiral wishing well photograph courtesy of Steve Divnick – see this video if you don’t believe the power of the well; UbiFit Garden images from DUB at University of Washington; ShareThis Chicken Poncho screenshot from this listing on Regretsy; Tio image from Tim Holley.
*I’ve decided to start using Bryan Lawson’s ‘gambit’ terminology [PDF], if only to recognise that at least at present, DwI is not really a proper pattern language, as Sally Fincher comments here.