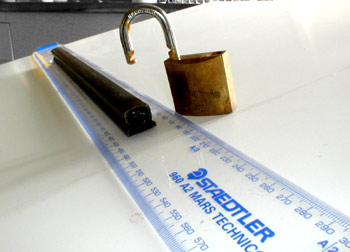 Niblettes tackles the issue of designers and control, specifically, how much the user’s experience and methods of using a product or service should be defined by the designer. The conclusion – paralleling a theme in a marketing speech by Procter & Gamble’s Alan G Lafley – is that designers must start to think in terms of relinquishing control:

“As the things we design become more interactive, more self-determining, more deeply integrated with their users, the less control designers will exercise over the final artifact. This is not only inevitable, it’s good. And it demands that we work and think in ways earlier generations of designers did not and could not.”

“The relationship between the designer and the user strikes me as very similar to the relationship between the author and the reader. And it has long been understood in literature that the story belongs to the reader and his or her interpretation of it. Once written the author relinquishes all control.
Although I have absolutely no empirical evidence for this, it seem like some of the most successful authors write with this in mind–they write to relinquish control. Designers on the other hand still seem to be greedy for ever more control.”

Designing for users rather than against them (or in spite of them) ought, of course, to be a given. But since the designer is working for his or her employer, that company’s priorities are really what determines how a product develops.
If the company recognises that treating users well, empowering them to do more with its products, is to its own ultimate benefit, then all is well, but if it serves the company better (in the short term) to force users into tightly controlled behaviour models, then, unfortunately, that’s how the products are going to be designed.
Authors usually have a different relationship with their publishers than designers and engineers do with the companies which pay their wages. for example, I can’t imagine publishers very often compel authors to leave cliffhangers at the end of novels “in order to force readers to buy the sequel”, yet that’s the razor-blade model mentality evident in so many consumer products.
This is an area worthy of much further comment & discussion: as someone who’s been developing, slowly, a ‘philosophy’ for my design work (which isn’t yet ready to unleash on this blog!), I’ll be keeping a close eye on Niblettes’ and others’ thoughts on this.