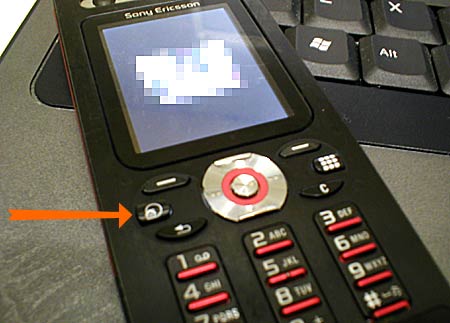 Is this simply poor design or a deliberate feature? A friend tells me of his irritation with his Sony Ericsson W880i’s ‘internet’ key, which is positioned such that it frequently gets pressed accidentally when pressing the buttons above and below it – “three or four times a day”, he says – and, to avoid incurring internet charges, needs to be immediately cancelled.
Clearly any device with many functions and small keys is always going to have some issues with accidental key-presses, but when a single accidental key-press can actually cost the user money and the user not necessarily notice it straight away, this would seem to be a bad choice of layout. Is the ‘internet-via-a-single-key-press’ such a valuable feature that replacing it with, say, a process involving two presses (e.g. a confirmation in addition to the original press) would inconvenience users more?
It seems perhaps unlikely that this is an intentional architecture of control to increase revenue for the network operators by causing accidental connections, but the fact that my friend suggested this – straight off – as the reason for the design, demonstrates how, as users of technology, we’re increasingly aware and suspicious of architectures of control in the products and systems around us, even if we don’t have a full grasp of the concept in a wider context.