The different approaches to influencing people’s behaviour outlined in the Design with Intent toolkit are pretty diverse. Working out how to apply them to your design problem, and when they might be useful, probably requires you, as a designer, to think of “the user” or “users” in a number of different ways in relation to the behaviour you’re trying to influence. I’ve thought about this a bit, and reckon there are maybe three main ways of thinking about users – models, if you like – that are relevant here. (These are distinct from the enabling / motivating / constraining idea.) 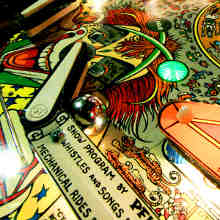 The ‘Pinball’ User
In this case, you think of users as, pretty much, very simple components of your system, to be shunted and pushed and pulled around by what you design, whether it’s physical or digital architecture. This view basically doesn’t assume that the user thinks at all, beyond basic reflex responses: the user’s a pinball (maybe a slightly spongey one) pushed and pulled this way and that, but with no requirement for understanding coming from within [1,2].
While things like deliberately uncomfortable benches or the Mosquito act against the Pinball User – effectively treating users like animals – this view need not always take such a negative approach – lots of safety systems, even down to making sure different shape connectors are used on medical equipment to prevent mistaken connections, don’t mind whether the user understands what’s going on or not: it’s in everyone’s interests to influence behaviour on the most basic level possible, without requiring thought. 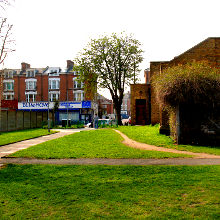 The ‘Shortcut’ User
Here, you think of users as being primarily interested in getting things done in the easiest way possible, with the least effort. So you assume that they’ll take shortcuts [3], or make decisions based on intuitive judgements (Is this like something I’ve used before? How does everyone else use this? I expect this does what it looks like it does), habits, and recognising simple patterns that influence how they behave.
The Shortcut User is assumed not to want to think too much about what’s going on behind the scenes, beyond getting things done. He or she’s not always thinking about the best way of doing things, but a way that seems to work [4]. If systems are designed well to accommodate this, they can feel very easy to use, intuitively usable, and influence user behaviour through these kinds of shortcut mechanisms rather than anything deeper [5]. But there’s clearly potential for manipulation, or leading users into behaviour they wouldn’t choose for themselves if they weren’t taking the shortcuts. 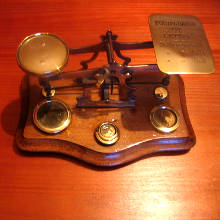 The ‘Thoughtful’ User
Thoughtful Users are assumed to think about what they are doing, and why, analytically: open to being persuaded through reasoned arguments [6] about why some behaviours are better than others, maybe motivating them to change their attitudes about a subject as a precursor to changing their behaviour mindfully. If you think of your users as being Thoughtful, you will probably be presenting them with information and feedback which allows them to explore the implications of what they’re doing, and understand the world around them better.
Most of us like to model ourselves as Thoughtful Users, even though we know we don’t always fit the model. It’s probably the same with most people: so knowing when it’s appropriate to assume that users are being mindful of their behaviour, and when they’re not, will be important for the ‘success’ of a design.
_______________________________________
Of course there are many other ways you can model the user. But these seem like they might be useful ways of thinking, and of classifying the actual design techniques for influencing behaviour [PDF] according to what assumptions they make about users. I will try to test their validity / usefulness as part of my trials.
See the next post for how you can get involved with that…
 Note:
From an academic psychology (or behavioural economics) point of view, the boundaries between these models of the user are maybe too blurry. Shortcut User is assumed to be pretty much like a System 1 thinker, while Thoughtful User is System 2. Straying inadvisedly into areas I know little about, Pinball User may well be assumed to be a user only using the R-complex, though I’m not sure this fits especially well. But if the distinctions are useful to designers, in the context of actually developing products and services, that (to be honest) is what matters from my point of view.
To develop the three models described above, I was inspired by this Interactions article (also here) by Hugh Dubberly, Paul Pangaro and Usman Haque, which draws on some of Kenneth Boulding’s General Systems Theory [PDF] to characterise a range of ordered system ‘combinations’ in which the user can be a part. The Pinball User corresponds pretty much to the ‘Reacting’ system; the Thoughtful User is a ‘Learning’ system; the Shortcut User is perhaps a special case of a ‘Regulating’ system (self-regulating negative feedback to damp variation, to minimise effort, boundedly rational).
I haven’t yet explored applying Leonard Talmy’s Force Dynamics, as suggested by Simon Winter to these aspects of modelling the user / interaction. I will do, in due course.
[1] Perhaps analogous to Lawrence Lessig’s ‘pathetic dot’
[2] I’m grateful to Sebastian Deterding for the explicit concept of user-as-pinball
[3] Heuristics & biases (Kahneman & Tversky)
[4] Satisficing (Simon)
[5] Peripheral route persuasion (Petty & Cacioppo)
[6] Central route persuasion (Petty & Cacioppo)
Pinball photo by ktpupp on Flickr, CC-licensed. Shortcut photo (desire path) by Alan Stanton on Flickr, CC-licensed. Thoughtful photo by Esther Dyson on Flickr, CC-licensed.