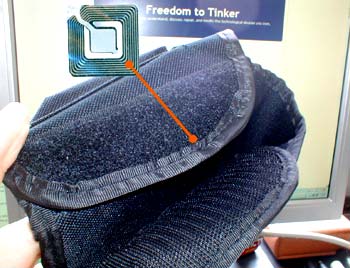 At Freedom to Tinker, Ed Felten has posted a summary of a talk he gave at the Usenix Security Symposium, called “DRM Wars: The Next Generation”. The two installments so far (Part 1, Part 2) trace a possible trend in the (stated) intentions of DRM’s proponents, from it being largely promoted as a tool to help enforce copyright law (and defeat ‘illegal pirates’) to the current stirrings of DRM’s being explicitly acknowledged as a tool to facilitate discrimination and lock-in – and the apparent ‘benefits of this’:

“First, they argue that DRM enables price discrimination – business models that charge different customers different prices for a product – and that price discrimination benefits society, at least sometimes. Second, they argue that DRM helps platform developers lock in their customers, as Apple has done with its iPod/iTunes products, and that lock-in increases the incentive to develop platforms.

Interestingly, these new arguments have little or nothing to do with copyright. The maker of almost any product would like to price discriminate, or to lock customers in to its product. Accordingly, we can expect the debate over DRM policy to come unmoored from copyright, with people on both sides making arguments unrelated to copyright and its goals.”

As noted by some of the commenters, that unmooring also unmoors the DRM debate from being presented as an ‘honest content providers vs illegal pirating freeloaders’ one. Price-fixing, lock-ins and so on are difficult to defend, and I find it hard to think of convincing examples where “price discrimination benefits society” or “lock-in increases the incentive to develop platforms”. If customers are locked in to a platform, there is no incentive to innovate for the locker-in, and much higher barriers for competitors to draw them away. Path dependency is rarely good for companies, and rarely good for society, and lock-ins would seem to be a major contributor to path dependency. The argument that “Apple wouldn’t have developed the iPod (and the record companies wouldn’t have let Apple develop iTunes) if DRM didn’t exist to lock customers in” is specious: there were plenty of portable music players before they came on the scene, and surely most 40GB music iPods were always intended to be largely filled with music acquired from somewhere other than iTunes.
Ed goes on to talk about the trend “toward the use of DRM-like technologies on traditional physical products.” (Long-term followers – if any! – of my research might remember this is very similar to the phrase “Architectures of control: DRM in hardware” which Cory Doctorow used to link to my original web-page on the subject), and uses the example of printer cartridge lock-ins (see also here):

“A good example is the use of cryptographic lockout codes in computer printers and their toner cartridges. Printer manufacturers want to sell printers at a low price and compensate by charging more for toner cartridges. To do this, they want to stop consumers from buying cheap third-party toner cartridges. So some printer makers have their printers do a cryptographic handshake with a chip in their cartridges, and they lock out third-party cartridges by programming the printers not to operate with cartridges that can’t do the secret handshake.
Doing this requires having some minimal level of computing functionality in both devices (e.g., the printer and cartridge). Moore’s Law is driving the size and price of that functionality to zero, so it will become economical to put secret-handshake functions into more and more products. Just as traditional DRM operates by limiting and controlling interoperation (i.e., compatibility) between digital products, these technologies will limit and control interoperation between ordinary products. We can call this Property Rights Management, or PRM.”

Not too sure about that term myself, as I feel the affordances the technology is controlling are moving further and further away from actual ‘rights’. DRM is bad enough as a catch-all term for technology which in many cases is denying users rights they may legally hold in some countries (e.g. fair use or backup copies). I think “technology lock-ins” or “technology razor-blade models” might be a more descriptive label than ‘PRM’. (Or ‘architectures of control’, of course, but my definition of these is much broader than simply lock-ins).
Ed gives three examples of possible future extensions of technology lock-ins, none of which seem at all unlikely; in fact they’re all easily possible right now:

“(1) A pen may refuse to dispense ink unless it’s being used with licensed paper. The pen would handshake with the paper by short-range RFID or through physical contact.
(2) A shoe may refuse to provide some features, such as high-tech cushioning of the sole, unless used with licensed shoelaces. Again, this could be done by short-range RFID or physical contact.
(3) The scratchy side of a velcro connector may refuse to stick to the fuzzy size unless the fuzzy side is licensed. The scratchy side of velcro has little hooks to grab loops on the fuzzy side; the hooks may refuse to function unless the license is in order [hence my photo at the top of this post! – Dan] For example, Apple could put PRMed scratchy-velcro onto the iPod, in the hope of extracting license fees from companies that make fuzzy-velcro for the iPod to stick to.
Will these things actually happen? I can’t say for sure. I chose these examples to illustrate how far PRM might go. The examples will be feasible to implement, eventually. Whether PRM gets used in these particular markets depends on market conditions and business decisions by the vendors. What we can say, I think, is that as PRM becomes practical in more product areas, its use will widen and we’ll face policy decisions about how to treat it.”

The comments on both posts (Part 1 | Part 2) go into some extremely interesting discussion of the ideas and examples, with the ‘pen/licensed paper’ one being conclusively noted as ‘baked’ with Bill Higgins explaining the Anoto* technology.
(*And no, I don’t think the “www.anotofunctionality.com” of that link is deliberately in the same league as “www.powergenitalia.com,” “www.expertsexchange.com,” etc, but it’s still oddly apposite given the “no to functionality” with which so many lock-ins shed users when they’re fed up with paying over the odds for replacement parts.)
I look forward to the third part of Ed’s talk summary: this is a fascinating area of discussion which is central to much of the ‘architectures of control’ phenomenon.