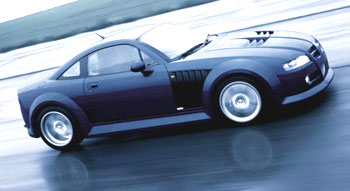 It’s been a while since I posted about an architecture of control designed to assist/protect the user rather than to frustrate or intimidate, but just reading a great article about the MG SV-R supercar formerly produced by MG Sports & Racing*, a very simple interlock example (more discussion of interlocks and forcing functions here and here) was mentioned:

“So, behind the wheel… pressing the clutch all the way down (a US requirement to avoid starting in gear) the starter button brings the V8 to life….”

Can any US readers confirm if this really is a requirement for all manual gearbox cars – presumably because the dominance of automatics makes it more likely that a driver will accidentally start a manual car in gear?
I know in the UK quite a lot of people do, in practice, start manual cars with their foot on the clutch, often simultaneously putting the car into first gear while turning the ignition key, but never having been the owner of a car that didn’t need substantial warming up/choke adjustment to prevent it stalling as it pulled away, it’s not an automotive design issue I’d considered before!
*The UK registered design for the car has now been transferred to Nanjing, but it seems unlikely it will be reintroduced in its original form.